NEWS: Now this project supports Ubuntu 20.04 Focal Fossa (LTS release) and offers an option to use VMWare Horizon, besides FreeRDP.

This article in russian: habrahabr.ru/post/350780 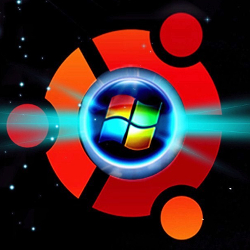 Long ago in 2013 one bank used custom thin clients based on DisklessUbuntu. Thay had some problems, if I remember it right, mounting root file system over network did not work very well in large offices with laggy network. My good friend @efim-a-efim created first version of thin client, that could boot completely into RAM, without mounting anything over network.

Then I worked with that project. It had a lot of custom features, specific for our use case. Then the bank was closed(it’s license was revoked), source codes for the client were moved to my github: thunclient. A couple of times I modified it for a bit of money.

Recently I got time to make this pile of ugly unreliable scripts into pretty convenient and easy-to-use solution:

What it can do

In the bank we used VNC to connect to user’s thin client(it was x11vnc to connect to running Xorg session). This is not required for anyone(usually it is enough to connect to user’s RDP session on a terminal server), and convenience/security requirements differ a lot for different environments. Therefore, I did not include that part.

Well, if Thinstation completely satisfies your requirements - you would better use it, it’s older and more mature project. Plus it is about one and a half times smaller in size, because it is specially crafted for minimal size, not just slightly modified standard Ubuntu.

But it has ancient versions of software, and not a lot of it. If you need something special, not just client for RDP/Citrix/…, you would have to build it yourself, and do so for each update.

As kvaps pointed out in comment to russian article, LTSP can copy squashfs image into RAM and work without mounting FS over network: variable LTSP_NBD_TO_RAM controls it. It uses chroot for configuration, which may be less convenient, especially for configuring GUI enviromment and applications. It is also a good mature project, you may consider it as an alternative.

Previous versions used chroot, like most of similar projects do, Thinstation for example. It is easy, but program running in chroot is not exactly the same as program running on real or virtual machine: there is no interaction with system init, with other programs and services. And Vagrant made the build process as simple as possible: you just configure a virtual machine like you do for real one, and that’s it.

The virtualbox-guest-utils service should be running on the virtual machine, for shared folders to work. In addition, you need a boot manager(grub), mandatory for a machine with disk and useless for network boot client. I solved this problems by excluding this packages files from build, so they do not affect the size of resulting image.

Besides, Vagrant requires working ssh, that allows login for a user with Vagrant generated key. I exclude the vagrant user’s home folder with that key. You can put ssh key for ubuntu user - that one is used for work - into it’s home directory.

Provisioning is done with Ansible. It is very convenient tool to configure all kinds of software and hardware. But I didn’t want to include Ansible and python2 that is requires into the resulting image: useless waste of space. Installing Ansible on the real machine, that runs Vagrant and VirtualBox, is also a bad option: this will complicate the build process.

Vagrant allows you to make a trick: install Ansible on one virtual(test PXE server), and provision other virtuals from it. To do so, the virtuals should have static IP addresses. Well, we already solved the interfaces configuration problem.

Squashfs is compressing read-only filesystem. It is used in most of existing Linux LiveCD. It allows you to create a fairly compact system image, located inside the RAM.

A lot of things should be cut of the resulting image: /tmp, /run, /proc, /sys, /usr/share/doc and so on.

Utility mksquashfs supports as many as 3 types of lists to exclude files: by full path, by masks and by regular expressions. It would seem that everything is fine. But last two options do not support paths starting with /. I could not exclude files inside some directory without excluding the directory itself.

I got tired of fighting with it, so I just use find to find files and directories to exclude, and put it all into a single huge file with full paths. Ugly_crutch.jpg. But it works. The only artifact for this approach is the lonely directory /proc/NNN, corresponding to mksquashfs process id, which did not exist when the exclude list was created. procfs is anyway mounted on top of it.

In order not to drag inside kernel all required drivers and an logic for mounting the root FS, Linux uses initial ramdisk. Previously, the initrd format was used, in which the disk was an actual filesystem image. A new format appeared in 2.6 kernel - initrams, which is cpio archive extracted to tmpfs. Both initrd and initrams can be compressed to save the loading time. A lot of tools and filenames still mention initrd, though it is not used anymore.

So, to mount the root FS in some tricky way, you have to create your own boot script, define function mountroot() in it, pass this script name in boot parameter boot. And don’t forget to write hooks that will include into initramfs all required kernel modules and executables.

To create a single root filesystem from multiple OverlayFS is used. First versions used AUFS(it is used by the most of Linux LiveCD). But it was not accepted into the mainline kernel, and now everybody is advised to switch to OverlayFS.

After mounting the real root FS into directory inside initramfs, the program run_init from klibc-utils will be launched. It will check that root FS is mounted inside initramfs, clear the initramfs(why should we waste memory for it?), move mount point of root FS into / and launch the system init. Some details. This program is build as a separate executable file, because a script using external tools will break after cleaning the initramfs.

If root FS is assembled from several overlays, mounted inside initrams, after running run_init this mount points will disappear and it will be broken. To avoid this, we can move overlay mount points inside the root FS, where they will be safe. Recursion :) This is how we do it: mount --move olddir newdir.

I had to disable AppArmor: it’s profiles re designed to work with root FS directly mounted from a single device. When OverlayFS is used, AppArmor recognizes that /sbin/dhclient is really /AUFS/root/sbin/dhclient, and the profile is broken. The only way to use it is to rewrite profiles for all application, and update each time thay change.

Where the write support is required

Generally, Linux can work fine when all FS are mounted read-only. But many programs rely on ability to write something on disk, so you have to mount tmpfs to this paths:

If you would like to build and Ubuntu image that boots over network and works entirely from RAM - here you can get a convenient ready-to-use construction kit: thinclient. I would be happy too see any feedback here in comments or on github.